It seems like yesterday I was in my 20’s planting a church. Now I’m in my 60’s learning how to be a grandfather! How did this happen?

As I look back on almost 40 years in ministry, I’ve learned that 3 things must be central in ministry:

The purpose of the gospel is not merely to forgive us, but also to change us into true worshippers of God, authentic lovers of people, and agents of transformation in the world.

The church is the only institution on earth Jesus has promised to build and to bless. This is why the church is the most effective evangelistic, discipleship, and mercy methodology.

#3. The Education of Church Leaders

Looking back with joy and sadness

In partnership with people like you, I’ve had the privilege of helping educate church leaders from more than 50 countries and 300 denominations. But I’ve also had my heart broken by seeing this critical need of church leaders.

Most church leaders around the world lack the training and tools to start and develop churches that transform lives and have a lasting impact on their communities.

For the first time in history…

We can bring affordable, practical, seminary-level courses to students where they live, in their language, and adapted to their culture.

Using our innovative online and onsite educational platform, we can now equip leaders, wherever they live, to start and develop churches that have effective ministries of evangelism, discipleship, and service to the poor.

We’re launching new courses for under-served church leaders in West Africa, Southern Asia, North America, with new doors opening in Europe. Take a look at some of the things God is already doing through Pathway Learning-and what lies ahead in 2017: 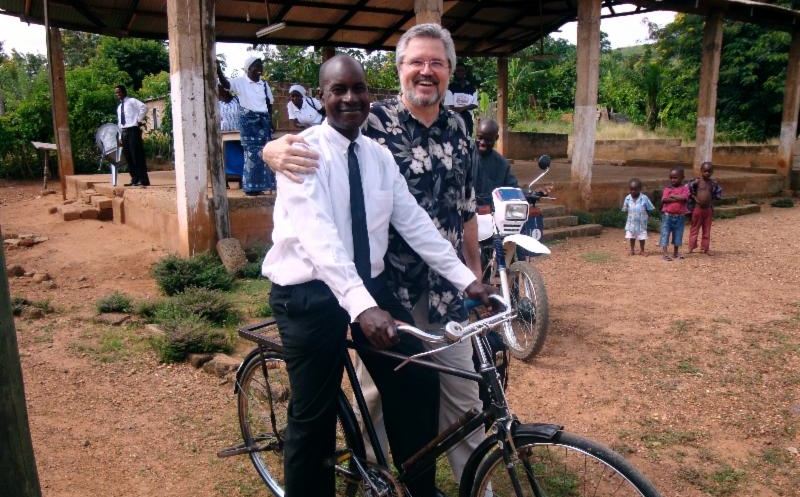 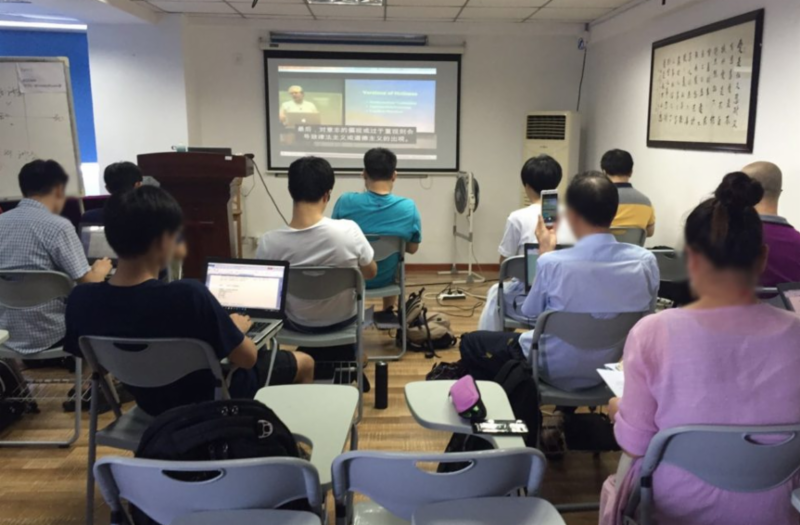 After launching our first Mandarin course this year in the underground church, next year we’ll train hundreds more with a new course. See photos: Click Here. 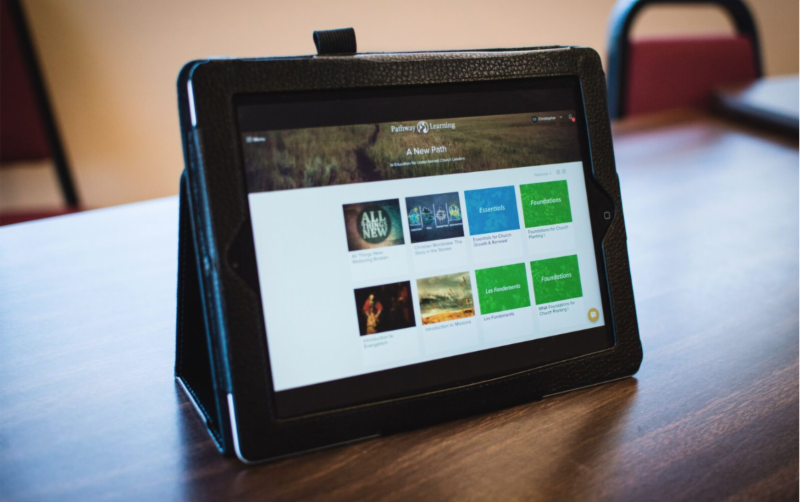 More than 400 students have taken our courses in USA. And more than 100 students are taking courses for seminary credit now. See video: Click Here.

As I look back, I’m filled with gratitude to God for your partnership with me. Paul captures my emotions with his words,

“I thank my God in all my remembrance of you…because of your partnership in the gospel from the first day until now.“

I hope you’ll join us and help bring this solution to more than a million church leaders in the next ten years.

PS: Click the button below to watch this 1-minute video about Pathway Learning.

I Go Because You Send

We’ve had a tremendous year of growth in 2016, and we’re looking forward to what God has in store for 2017.

And now at year’s end,

we need your assistance to
raise the funds necessary to increase our education of
church leaders in 2017. Will you help?

This past year, by using our innovative online and onsite educational platform, we’ve equipped emerging church leaders with courses in evangelism, discipleship, church planting, leadership, and missions. We also translated and launched our first Mandarin course for the Asian underground church.

These courses will help indigenous church planters and pastors develop churches that have effective ministries of evangelism, discipleship, and mercy/justice to the poor.

And we’re launching new courses with Dr. John Frame, called the Applied Theology Project. To do all this, we need to end 2016 strong financially.

The only institution Jesus promised to build and to bless is the church. But for churches to transform lives and communities, they need effective leaders.

The reason I’m able to go help establish our online and onsite platforms for leaders in remote places like West Africa and South Asia in 2017, is because people like you send me-through your donations, small and large.

FOR THE SAKE OF THE NATIONS,

Give using your credit card through our secure online form.

Thank you for your support and prayers. Contributions are tax-deductible as allowed by law.

All Things New (Introduction): The Greatest Story Ever Told

I remember being taken back by his request. As we sat down to spend some time together, a colleague and friend said, “Steve, tell me your story.” “What story?”, I responded. “Your story”, he replied, “Let’s start with where you were born and brought up and then just go on from there.” “How much time do you have?”, I asked. “Why don’t we start with an hour”, he responded.

I don’t think I’ve ever told “my story” like this before. Frankly, it’s very rare to find someone who sincerely wants to hear someone else’s story in great detail. I guess that’s because we’re all so naturally self-centered. As I told “my story” I realized it was made up of a succession of smaller stories. Some of the stories were happy. Some were very sad. My friend was even moved to tears during one of my stories.

At another time, later, I reciprocated and heard his story. The result was that we came to know each other at a much deeper level than before. That’s because you can’t really know someone without first knowing their story. The same is true about God. The only way to really know God is to know his story. And the bible is a record of that story.

What’s interesting is that the central message of the bible, the gospel, comes to us primarily by means of stories found in the bible. So the gospel is best understood as a story or a drama that displays the historic unfolding of God’s creative and redemptive work in the world. This one story unfolds throughout the bible like a four-act dramatic play.

ACT 1 CREATION: The first act, creation, sets the stage for us and introduces us to the main characters and context.

ACT 2 FALL: In the second act, the fall, evil enters the story resulting in a cosmic conflict with horrible consequences.

ACT 3 REDEMPTION: In the third act, redemption, we see God’s great acts of redeeming that which was lost in the fall primarily as he works through the people of Israel and culminating in the redemptive life and work of Jesus Christ.

ACT 4 RESTORATION: In the fourth act, restoration, we see God’s final restoration of all things that have been corrupted by evil—including humanity and all of creation.

So where do we fit in this story? Today we are living in the third act—redemption. We are living in that unique time between the resurrection of Jesus and the restoration of all things. During this time the kingdom of God has come but it is still coming. So we are called to fulfill that portion of the Lord’s Prayer that says, “your kingdom come, your will be done on earth as it is in heaven.”

This means we are now called to make our own contribution to this supreme restoration project—which is God’s restoration of all things that have been corrupted by evil. This project of “making all things new” will be completed by Jesus at his return. He will finish what he started. In the meantime, we are called to join with the worldwide body of Christ in this mission of God (Plantinga).

While no single definition of the gospel can do it justice, the gospel is nothing less than the good news that God has acted in the person and work of Jesus Christ to restore his fallen creation and to rescue people from all the consequences of sin—including not only salvation from personal guilt but also from heart corruption and even cosmic corruption.

The good news is that through Jesus Christ the kingdom of God has now invaded this fallen world, and it is bringing with it not only the promise of forgiveness of sins (a new status) but also the promise of a transformed life (a new nature) and eventually a transformed creation (a new world).

Never forget that you are not an accident. Life is a story. It has a beginning and an end. In between there is an unfolding plot in which God means for you to play a significant role in the restoration of all things. You can never fully understand the meaning of your personal life story until you understand how your story fits with God’s story.

To read about the first act in the greatest story ever told click here.

In this Introduction to the All Things New series, The Greatest Story Ever Told, we’ve seen how the central message of the bible, the gospel, is best understood as a story or a four-act drama that displays the historic unfolding of God’s creative and redemptive work in the world. And how you can never fully understand the meaning of your personal life story until  you understand how your story fits with God’s story.

In Act 1 of the All Things New series, The Creation: The Way Things Are Supposed To Be, we will learn that the essence of salvation in Christ (the gospel) is the outworking of God’s love by restoring his creation from all the horrible consequences of sin (the fall). And how you can never fully know the riches of Christ’s salvation until you more fully grasp God’s original intent for mankind to be in perfect relationship with God, self, others and creation.

In Act 3 of the All Things New series, The Redemption: The Way Things Are (The Already), we will learn how God, through the nation of Israel, and the person and work of Jesus Christ, by his Holy Spirit, graciously provides a redeemed standing, a redeemed life, and a redeemed world.

In Act 4 of the All Things New series, The Restoration: The Way Things Will Be (The Not Yet), we will catch a life-changing glimpse of the consummation of this grand story in God’s gift to mankind of a new standing, a new life, and a new world–as he Makes All Things New.

Help under-served church leaders make a difference in the world.

There are millions of gifted and called church leaders without access to the training and tools they need to develop churches that transform lives and societies.This is a problem we can solve.

Pathway Learning has an innovative, online and onsite educational platform that provides church leaders access to affordable, practical, seminary-level courses where they live, in their language, and adapted to their culture.

Will you help church leaders develop churches that transform lives and communities?